This is firmware update 2.30 and is the latest official released operation system by Akai. This operation system update/upgrade requires one eprom chips as revealed in the article`s photos and the chips will be labeled to help you locate the correct chip socket. For more info, please check below.

You can check current OS version by holding [Left arrow] + [Up arrow], while powering the Peavey PC1600. 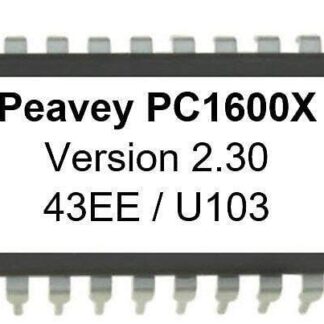